In 1961 the first Cowes Torquay Powerboat race featured 4 boats from the Bruce Campbell yard at Hamble they were Thunderbolt no 3 the eventual winner, Christina no 6, Campbell’s own boat Coralie no 4 and Contango A no 5 driven by P.Raymond. 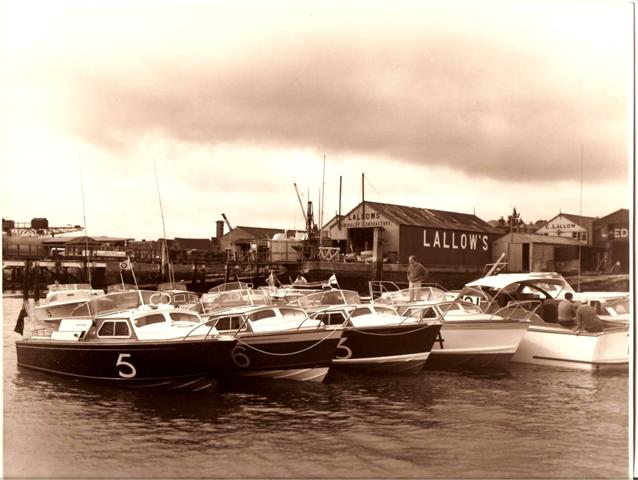 Of those four boats, 2 are missing Coralie and Christina, which was last heard of on the east coast.
Thunderbolt can be seen restored by Whittle Marine link attched

She is a Mark V hull which was redesigned for Campbell by Ray Hunt. The  moulded hull was built by Walter Lawrence Ltd using the same techniques as they used for the Mosquito fighter plane bodies and finished in Campbell’s yard on the Hamble.

Carrying race no 5 she was originally powered by 2 Palmer engines totalling 270hp then in 1963 with race no 29 was converted to stern drive using the then new and successful Volvo Penta engines totalling 170 hp.

Works known to be carried out by Owner:

Specification: Given by Owner 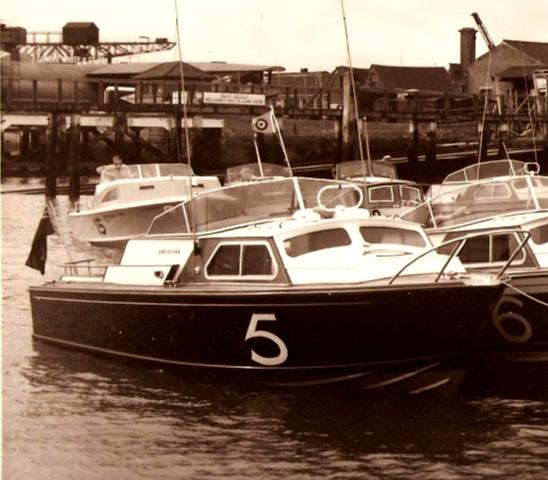