Savile Row on The Solent: Style’s not just for the city

The link between bespoke tailoring, the Isle of Wight and classic British powerboats may not, at first, appear a comfortable fit, but when all three elements are combined, the result seems entirely natural.

In June this year, Savile Row tailors, Cad & The Dandy, sent a team and film crew to the Isle of Wight, travelling from London in an immaculately restored Series III Land Rover to rendezvous with Whittle Marine in Cowes for a day of video and stills on land and at sea.

The primary filming platform for the day was an equally meticulously restored Fairey Huntsman 31 Double 0. With the assistance of Cowes Yacht Haven, filming began in and around the town’s main marina, before heading across the Solent to Southampton Water for drone footage and further images on land in Cowes, Seaview, Yarmouth and Colwell Bay.

Founded in 2008 by Ian Meiers and James Sleater, Cad & The Dandy has three shops across London with an international client base including members of the British Royal Family. For James Sleater, the unusual marriage of traditional tailoring and classic powerboats was an interesting project: “Savile Row is about reinvention whilst honouring past heritage,” he explains. “The classic boat and classic car pay homage to the brilliance of past British design classics that have stood the test of time,” says Sleater. “Much like Savile Row,” he adds.

Organising the on-the-water filming logistics for high-end, British products has become a speciality for the team at Whittle Marine and clients include Farer Watches. For Cad & The Dandy, Nick Whittle was able to use Simon and Gemma Osgood’s, Warsash-based Double 0, a classic powerboat that recently underwent restoration through the capable hands of Whittle Marine with introduction through Whittle Marine’s specialist brokerage.

As escort to Double 0, Whittle Marine supplied the company’s 30ft, twin-engined RIB as support boat and secondary filming platform. Nick explains: ‘Our work RIB Darbouka is highly stable in medium to rough and heavy seas with a large deck area and storage capacity for equipment,’ he confirms. ‘For the transportation of crew between boats and – with a top speed of 50mph if needed – she’s a fast link between the Mainland and the Isle of Wight.’ 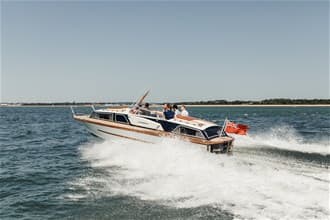 Double 0 at pace in Southampton Water. Photo: Cad & the Dandy 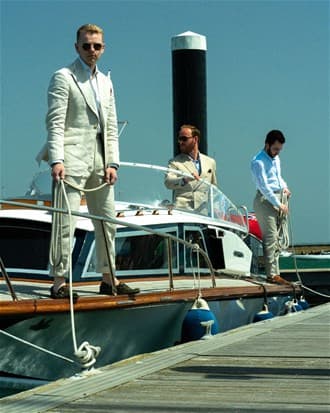 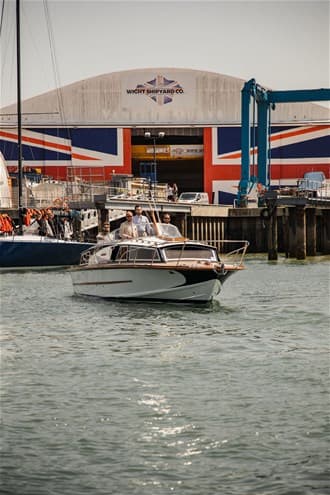 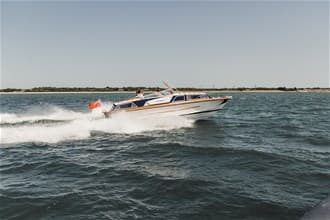 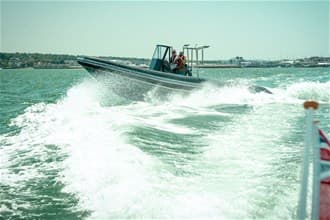 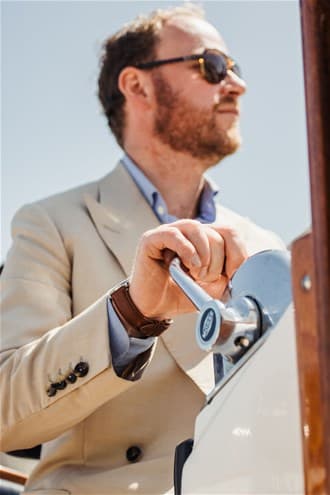 Cad & the Dandy co-founder, James Sleater, at the controls. Photo: Cad & The Dandy 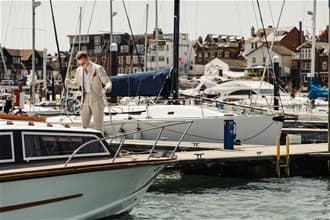 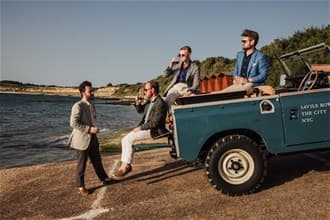 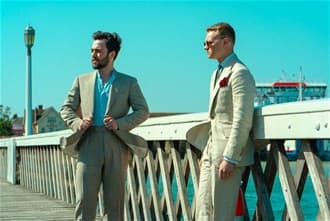 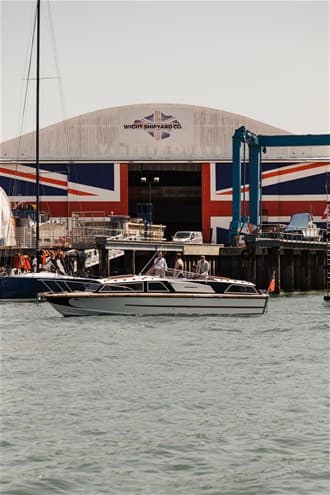