Building a traditional wooden boat requires immense dedication and skills that are rapidly disappearing. Building an X One Design (XOD) requires that the dedication and traditional boat building skills are combined with modern technology and intense precision to ensure that all the scantlings throughout this new boat comply exactly to the stipulated, XOD specification. There is no margin for error and this zero-tolerance policy demands that measurements for the new Whittle Marine XOD are recorded thoroughly. Laser technology now works closely with the traditional hand-held plane.

Following over a decade of restoring, repairing and servicing XODs at the Whittle Marine yard on the Isle of Wight and having already taken the leap into building XOD masts, Nick Whittle approached the X One Design Class for permission to build a new XOD. ‘We received unanimous approval to build a traditional XOD to the class rules,’ Nick confirms. ‘The dream of building one began when we first started working on them and we were unable to get the high standard of finish we wanted on the older boats,’ he continues.

XODs have been racing since 1911 and Whittle Marine were consistently working on boats from the 1930s and 1940s, gradually learning what is at the heart of an XOD and adapting to the challenge. ‘It has taken a long time to understand what will make a good boat and what will make an XOD tick,’ admits Whittle, but producing the first Whittle Marine 29ft, solid wood mast was a turning point. ‘After building the mast and having a real idea of restoring the boats, we understood the optimum position of the mast and understood the boat itself.’

While Whittle Marine had the skills to build a new XOD and the vital authorisation from the XOD Class Association, financing the project took two years to achieve. ‘We had a lot of boats to fix, we were busy making masts and we simply didn’t have the sheer level of money in the pot needed,’ Nick explains. ‘All the money invested in the new boat has come from the work we’ve undertaken at the yard,’ he adds. ‘In some ways, everyone who has stored an XOD at Whittle Marine has contributed to the build of this new boat.’

However, essential background work on the project was still underway with the timber sourced and ordered and, now in possession of official XOD plans, work began in 2014 with the complex task of transferring these paper plans onto a full-scale plan of the boat on the floor of Whittle Marine’s main shed; a process known as ‘lofting’. ‘You get permission, you pay a subsequent fee, you’re then presented with all of the 1953 amended plans from the class which haven’t changed very much….they’re still in Imperial,’ says Nick.

‘We then have to create a level grid on the floor known as the loft.’ A network of points taken from the plan’s measurements is drawn on the painted, laser-levelled floor of the boatshed. ‘From the plans we were able to put the plots on the grid,’ Nick explains. ‘The plots are then drawn, flowing the lines using faring battens and that creates the shape and gives us the body profile, half breadth and body plan.’ The process of matching the loft to the original plan is repeated to give a three-dimensional representation of the boat.

With the Whittle Marine XOD blueprint completed, technical officials from the XOD Class Association visited to sign-off the loft. Any error and months of work would be wasted. ‘It was a two-day measuring where it was systematically and meticulously checked,’ Nick recalls. One official would request a measurement from points on the loft and Nick and another XOD official would measure and respond. ‘There was no way of us knowing the correct number he was looking for and our outcome answers were spot on!’

Since the lofting approval around Christmas 2014, activity at Whittle Marine has not ceased. Six wooden cross section pieces were built: ‘We call them moulds rather than frames because the bevel on the mould gives us the shape of the boat which the planking will follow,’ says Nick. ‘It takes the boat from a two dimensional drawing into a three dimensional shape. Those moulds will hang in the shed as the approved Whittle Marine moulds.’

With the boat’s mould stations completed, the XOD’s spine was constructed. ‘From the loft we then built the centreline including the wooden keelson which is the datum for everything to be set out, even the seat heights,’ he explains. The stem, horn timber and transom were then added. ‘The next stage is to batten out the moulds and that will give us the same thickness as the outside plank,’ Nick continues.

As the boat enters a crucial and exciting stage, more official checks are needed to ensure the boat meets the demands of the XOD Class Association. ‘The class will check at each stage of the build,’ says Nick. ‘This is a key moment to have the boat passed before we begin planking the hull,’ he adds.

With the Whittle Marine XOD joining 105 years of XOD heritage, the scrutiny is understandable. ‘Because it is a new boat everything is done in such a clear cut way and we’re trying to make it as easy as possible for the measurer to come in and accurately check our XOD,’ confirms the head of Whittle Marine.

Following the next official check, Whittle Marine hope to have their XOD fully planked by Christmas. 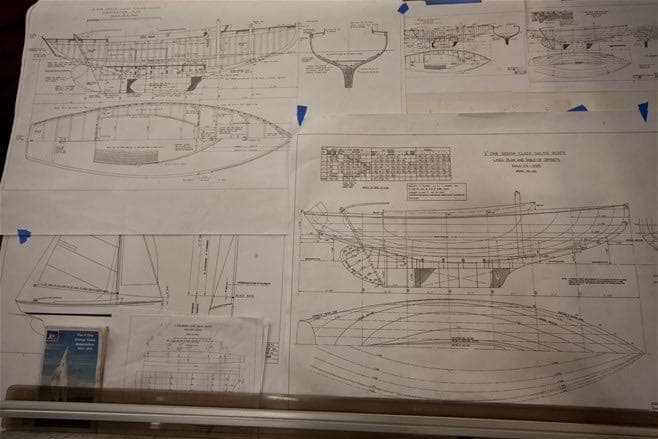 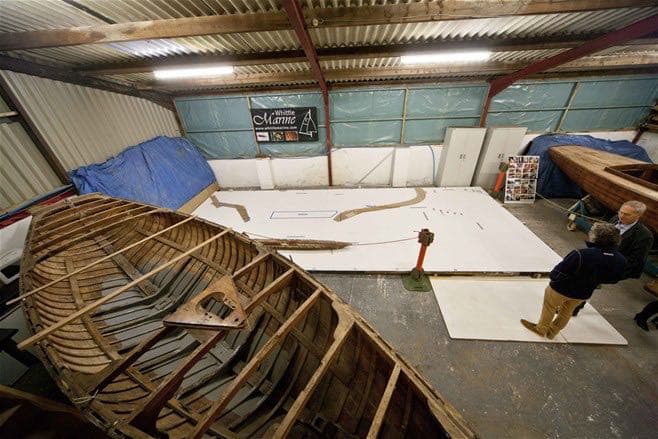 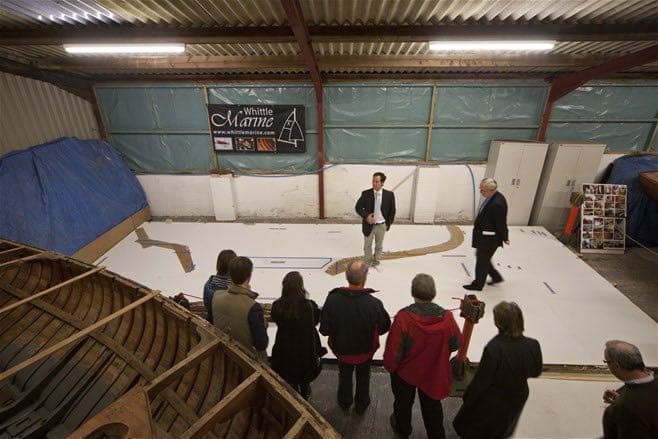